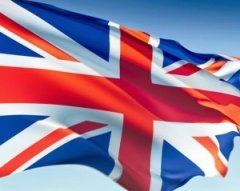 There are not very many public holidays in Great Britain. They are: Christmas Day, Boxing Day, New Year’s Day, Good Friday, Easter Monday, May Day, Spring Bank Holiday and Summer Bank Holiday. Public holidays in Britain are called bank holidays, because banks as well as most of the offices are closed.

Now let’s speak about a couple of holidays. The most favorable holiday is Christmas. Every year the  people of Norway traditionally give the city of London a present. It’s a big Christmas tree and it stands in the middle of Trafalgar Square. Central streets are also beautifully decorated. In the Christmas Eve, groups of singers go from house to house in order to collect money for charity. They sing carols, traditional Christmas songs. Many churches hold a charity service on the Sunday before Christmas.

The fun starts the night before, on the 24-th of December. This is the day when people usually decorate their houses. People start decorating Christmas trees and children hang stockings at the end of their beds, hoping that Father Christmas will come down the chimney during the night and fill them with toys and sweets. Christmas is a family holiday. Relatives usually meet for the big Christmas dinner of turkey and Christmas pudding. Everyone gives and receives presents.

The 26-th of December is the Boxing day. It’s an extra holiday after Christmas Day. This is the time to visit friends and relatives or perhaps sit at home and watch football.

New Year’s Day  is less popular in Britain than Christmas. But in Scotland Hogmanay, the  festival held at the end of the Year, is the biggest and most popular.

Besides public holidays there are some special festivals in Great Britain. One of them takes place on the 5-th of November. On that day in 1605 Guy Fawkes tried to blow up the House of Parliament and kill king James I. He didn’t succeed. The king’s soldiers found the bomb, took Guy Fawkes to the Tower and cut off his head. Since that day the British celebrate the 5-th of November. They burn  the dummy made of straw and old clothes on bonfire and let off fireworks. This dummy is called a «guy» (like Guy Fawkes) and children can often be seen in the streets saying ‘Penny for the guy’. Besides Guy Fawkes day there are also many local festivals all around Britain.